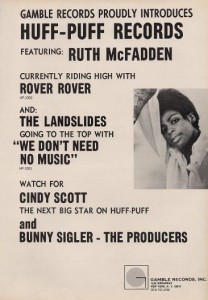 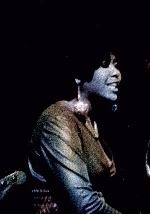 Sundray recorded sporadically throughout the 1970’s. She performed background vocals for Stevie Wonder on Ordinary Pain, as featured on his “Songs in the Key of Life” album, and along with sister Lynda Laurence appeared on recordings by Bobby Womack, Melissa Manchester, Stephen Sinclair & Cerrone. Sundray also appeared with Lynda on a disco version of the “I Love Lucy” TV show theme.

In 1999 Sundray teamed up with British record producer David Powner to record her first ever solo album, reverting back to the name of Cindy Scott. Recorded in England, the resulting album The Loving Country was released in the autumn of 1999 and received many positive reviews, amongst them a 4.5 star rating (out of 5) at Allmusic.

In summer 2000, Sundray/Cindy made her UK solo live debut in Wolverhampton, England. The show was recorded and subsequently released as a souvenir album to limited release in 2002 under the title Live and Red Hot.